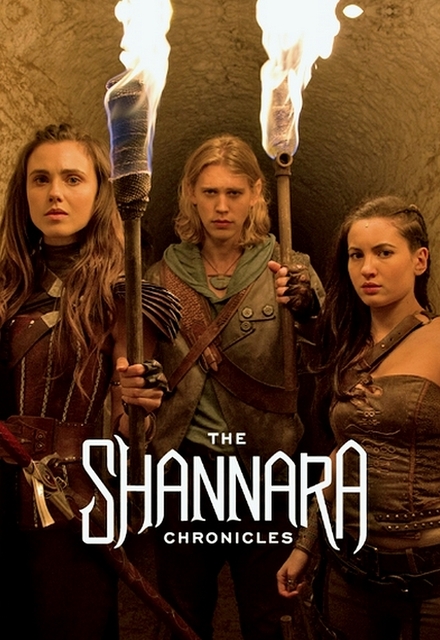 Let me start out by saying that I haven't read the books. So if you're expecting some sort of comparison, not in this review. Though the books have been on my list for about a decade, maybe I'll finally read them.

MTV makes TV shows. It was odd at first, after all, first it was music, then reality shows, and now, TV shows. I was sceptical at first. That is, before I saw Teen Wolf. I kept hearing about it, so one day I decided to give the first season a shot. About 10 hours later, I couldn't stop watching it. Now with The Shannara Chronicles I was hoping for more of the same. Let me tell you, it didn't disappoint. When is the next episode again?

So I'm writing this 3 episodes into the series. Let's start with the visuals. Every good fantasy has to wow us with the visuals, that's sort of a given. It certainly does. One thing I didn't know about the world was that it's actually set on a future Earth. The pictures in the show never make us forget this. Sometimes boldly, like the remains of what I think is the radio astronomy observatory in New Mexico, to a toy in the bottom of a river. There is something poetic about these reminders of us. Then there are the new buildings. The elven palace is just as beautiful as it should be. They sure didn't spare any expense here.

The cast is a mix of relative newcomers and old dogs. While looking at the work of some of the main characters shows that they haven't done too much, they blend in well with the likes of John Rhys-Davies, who plays the king. There is definitely talent there.

The story itself is exciting. Straight from the beginning we are plunged into events that move the story along. No lengthy sitting around wondering about what's going on, but straight into action. I'm someone who likes that sort of thing, so it swept me along right from the first moment. When is the next episode again?

So if you love fantasy, action, magic, this is the show you want to watch. It's probably not going to be the one that tries to resolve the philosophical questions of our age, but who cares! Jump on the horse, and ride along with these characters, because it's shaping up to be one great adventure! Again, next episode MTV?